Posted on 4 November 2014 by Leigh Hatts 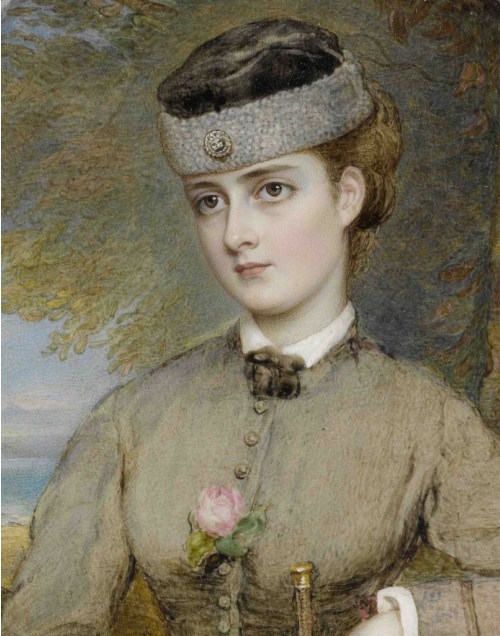 A rare portrait of Floss Gibson, the adopted daughter of Sir Percy and Lady Shelley of Shelley Park, is to be auctioned at Bonham’s in Knightsbridge later this month.

Florence, or Floss, was a niece of Lady Shelley and grew up with her Aunt Jane at Boscombe. The miniature was almost certainly painted there. The background is a sandy beach and a bay.

At the age of twenty Floss married Captain Leopold Scarlett at Christchurch Priory. With the Percy and Jane Shelley being childless it was the son of the Leopold and Florence Scarlett who became the Shelley heir. He was living at Shelley Park as Shelley Leopold Scarlett in 1903 when he became the 5th Lord Abinger on the death of a cousin.