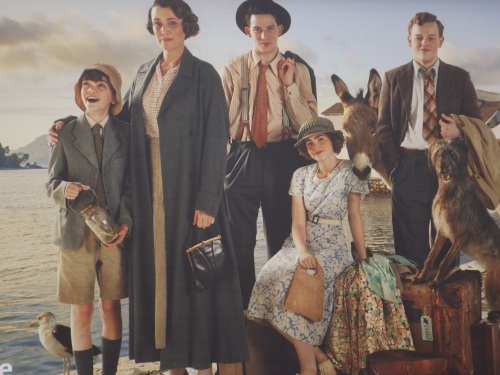 The Durrell family as depicted on ITV

The Durrells which began on ITV last Sunday night appeared to give a glimpse of Bournemouth in the 1930s.

The family was in the town when they decided to move to Greece but sadly ITV shot the Bournemouth scenes in Croydon rather than St Albans Avenue in Charminster. That is where the family lived and where they returned to occupy two houses.

Lawrence, the struggling would-be writer, had already made friends with Alan G Thomas before the family left the town. Alan Thomas worked at the Horace G Commin bookshop in Old Christchurch Road but soon he was to become its owner. This was fortunate for Thomas played a crucial role in preserving Lawrence’s work and papers which are now in Southern Illinois Unversity’s Morris Library.

Will the series end with the family’s dramatic post war exploits in Bournemouth involving lost animals and a sinking boat in Poole Harbour?